The synthesis of micro and nano particles using carbon dioxide has great applications in the fields of the pharmaceutical, food and cosmetic.

The previous experience of our group in the study of phase equilibria has allowed us to approach the Precipitation Process for the production particles from different substrates by a supercritical fluid, using the technique called Supercritical AntiSolvent (SAS).

The SAS technique is a viable technique for the processing of solids that are insoluble in supercritical CO2 , allowing precipitation of the solute in the form of micronized particles with diameters lower than those obtained by conventional techniques. In addition, it is possible to control the particle size distribution and its morphology by controlling the operating conditions of the process.

This area has great applications in the fields of the pharmaceutical, food and cosmetic. 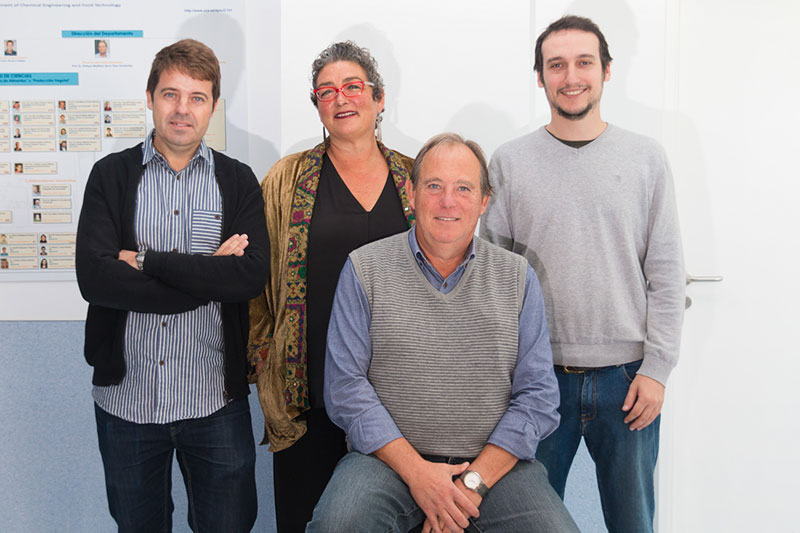 In recent years, more than satisfactory results have been obtained by obtaining products that meet all the requirements of the pharmaceutical and cosmetic industry. These results have been shown in numerous international congresses and several publications in high impact journals.